October was a Month-o-Travel for us.  We traveled every single weekend.

Here's what we were up to:

The first weekend of October, we traveled to Little Boo's 4th birthday party.


Can't believe she's already 4.  Seems like yesterday we got to be there when they brought her home from the hospital and she was sooo tiny.  Boo is a spunky, athletic, sweet, funny and independent little girl.  My hubby has a soft-spot for her that I think is precious.  We all had a great time at her birthday party and she got a ton of 4-year-old-type-fun presents. 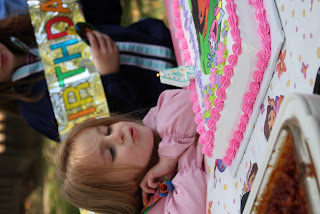 The second weekend, we went camping with Brandon's sister, Kim and her husband, Billy: 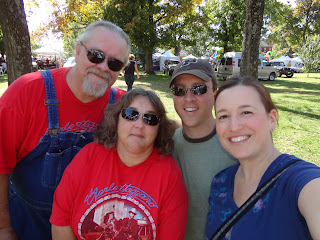 We camped out both Friday and Saturday nights. 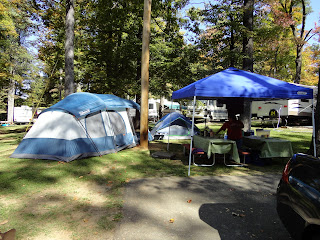 They cooked an awesome steak dinner the first night with baked potatoes and salad. 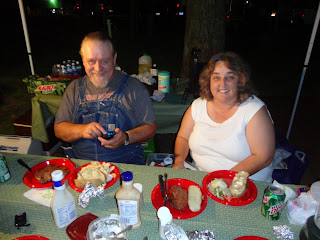 And the next morning we cooked our breakfast (eggs, bacon & hash browns) in brown paper bags over the fire: 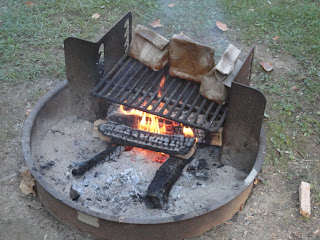 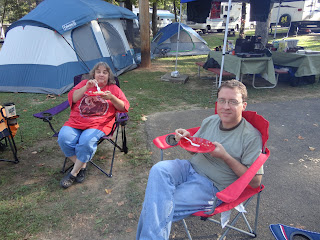 There just so happened to be an Arts & Crafts Fair going on in the town where we camped, so we headed over there and spent a good chunk of time on Saturday checking out the festival. 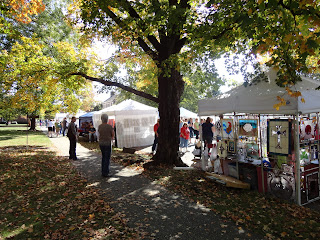 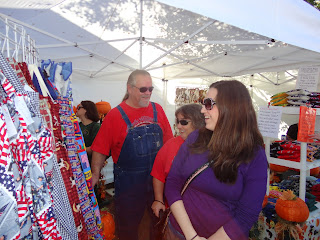 Then it was back to the campsite to roast hot dogs and a few too many s'mores!
The next morning, Kim made a skillet breakfast for us before we had to load up and head out. 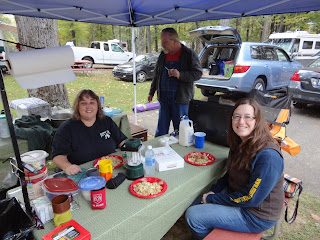 We had a great time and can't wait to go with them again! 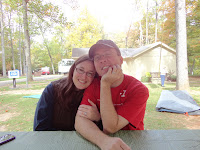 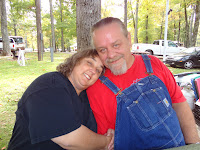 The third weekend, we ventured to Ohio to visit Brandon's friend (& groomsman at our wedding), Brian, and his family.  Brandon and Brian were also running in a half marathon together.


Brian's wife, Emily, did her best to get us to different points along the race route in hopes that we'd get to cheer them on along the way.  But the guys were running a little ahead of schedule, so we kept missing them.  Luckily, we got to the finish line moments before they crossed.  Unfortunately I didn't get a picture of Brian crossing, but you can see Brandon below - he's behind the guy in the bright shirt - with his arms are up in the air in victory. 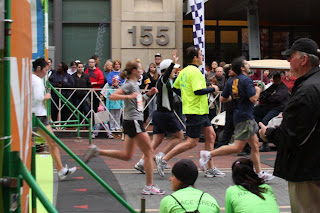 Even all sweaty and stinky - he still melts my heart! 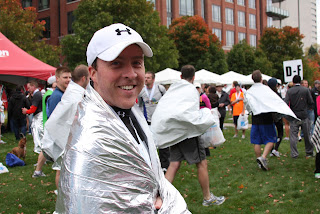 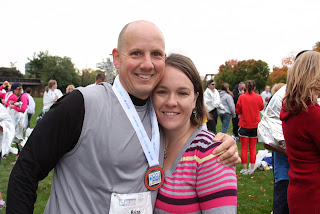 And their three kiddos:
K was so sweet.  At first, I didn't think she'd warm up to me, but she did after a while.  And by the time we left, she had painted my nails, fixed my hair and let me make a melted-bead creation with her.

D was hilarious and so tender-hearted.  We were pals from the moment we walked in the door, although as the weekend went on, Brandon became his bud when he read about 5 books in a row to him.

Little L's expression are so cute!  I followed him around with my camera for a while and he loved looking at himself on the camera screen...although I have to admit that most of the shots I got of him were blurry.  this little guys is on the move!

The 4th and 5th weekends of October we were traveling to and from Williamsburg, VA.  I've run out of time for blogging today, but I'll post a few pictures from that trip soon.
cares casted by Mel at 4:59 PM

Yay! A new blog post to entertain me while I'm bored at work. Ha ha! :)